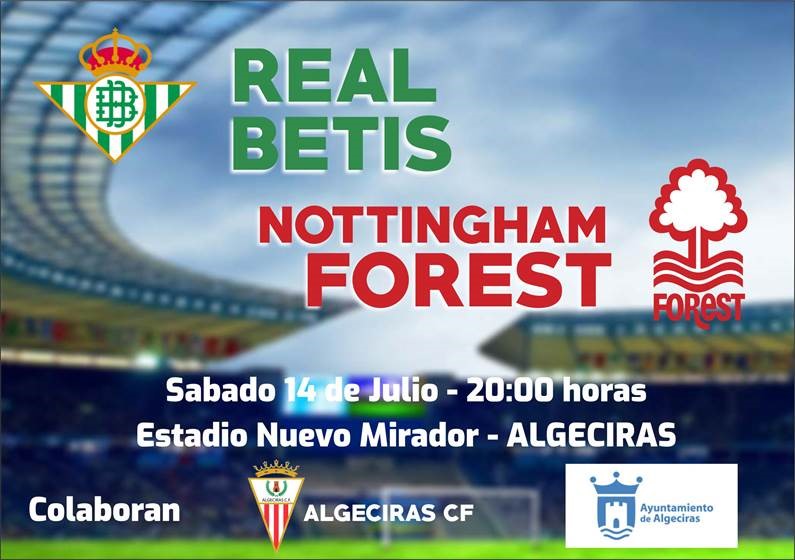 The team coached by Quique Setien confirms its second match during the summer preseason, after confirming also the game against SC Braga on July 18th. The Sevillian team will start the “Liga Santander” five weeks after facing Nottingham Forest and expects to be in the best possible shape for the first day. This year the team will also play European competition, what makes that this preseason is still more important.

The English team, on its part, is a historical club (it won its first FA Cup on 19th century and the European Cup on 1979 and 1980) that plays in the Championship (second top English category) and wants to promote to where it belongs, the Premier League.

The match will be held at Nuevo Estadio El Mirador (Algeciras) on July 14th from 20:00. In the next days Football Impact and the clubs will offer more information through the web and the social networks.