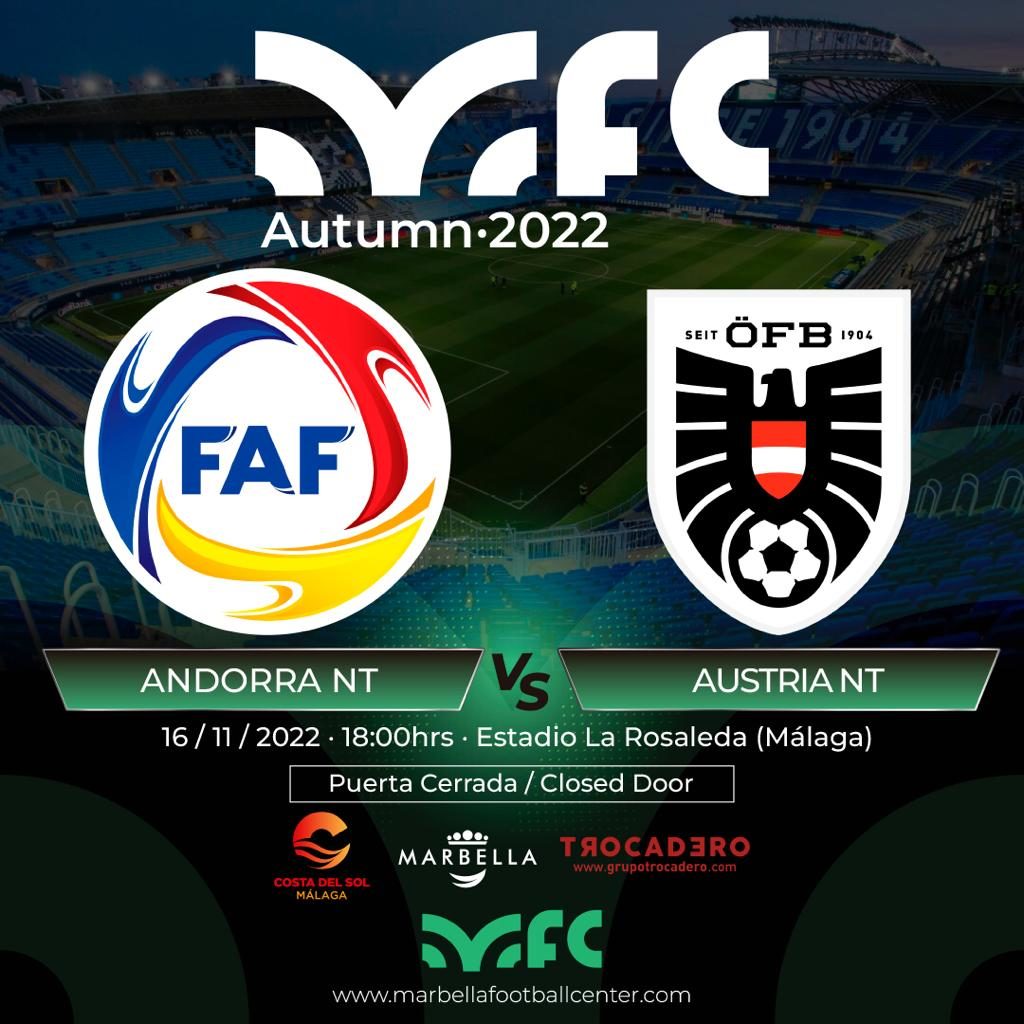 The national teams of Andorra and Austria will face each other at La Rosaleda Stadium in an international friendly organised by Marbella Football Center.

The Austrian national team, which will be concentrated for a week at the MFC facilities, will take advantage of the World Cup break to play several friendlies.

Among the players called up for the Austrian national team is David Alaba, Real Madrid player.

The match will be played behind closed doors.

MFC continues to organise top level friendly matches, and in addition to organising them at its facilities, it also holds them in stadiums such as La Rosaleda.