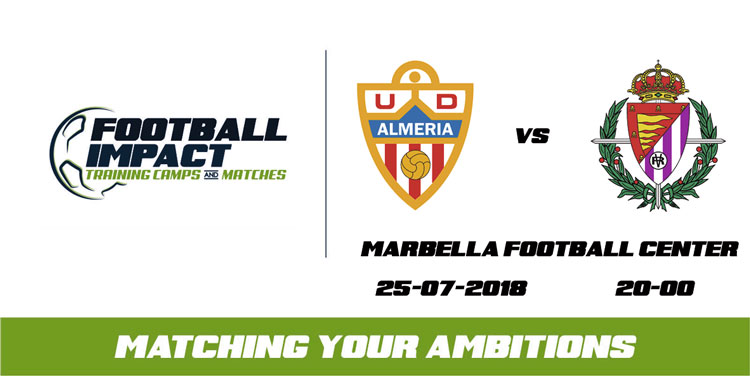 UD Almería and Real Valladolid CF will play today at Marbella Football Center in a match that ix expected to be exciting, now that there are only three weeks left to the league competition start.

Meanwhile Real Valladolid has already been training in Marbella Football Center, the Andalusian team arrives today to Costa del Sol, to stay in Benahavís. Both teams will perform a one week stage to prepare the season which is about to begin.

The league draft has already been done and both teams already know their rivals for the first league day. The white and violet team (just promoted to first division) will face to Getafe, and UD Almería will face to Cádiz CF.

The team from Castilla has the target to keep the category and to stay in the first division and the Andalusian team will try not to suffer as much as the last season, in which it had to fight until the last day to avoid relegation.