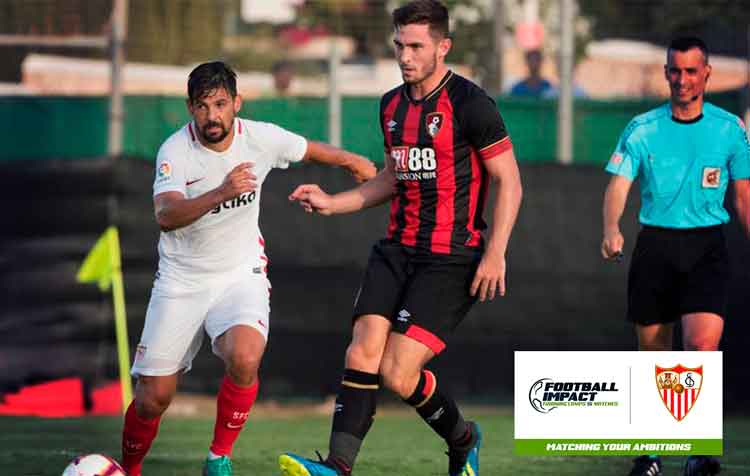 Sevilla FC and AFC Bournemouth played yesterday at La Manga Stadium in a match that finished 1-1 in which both teams made many substitutions.

Sevilla FC is actually performing its preseason at Villaitana Football Center (Benidorm) with Football Impact, where it will stay until July 19th.

Machín’s men faced to AFC Bournemouth, another Football Impact client, that the last year visited Mabella Football Center on July for its preseason.

The match was very equal. The team from Nervión started the game in front with a goal by Ben Yedder and the English team tied in the second half by Jordon Ibe.

Both coaches made many substitutions in the break and changed all the players. The team from Sevilla couldn’t count on all his players, some were injured and other were on holidays after playing the World Cup. The defender Ibrahim Amadou and the keeper Tomas Vaclik debuted in Sevilla FC.