Three U17 teams will participate in the Friendly Match Week in June. 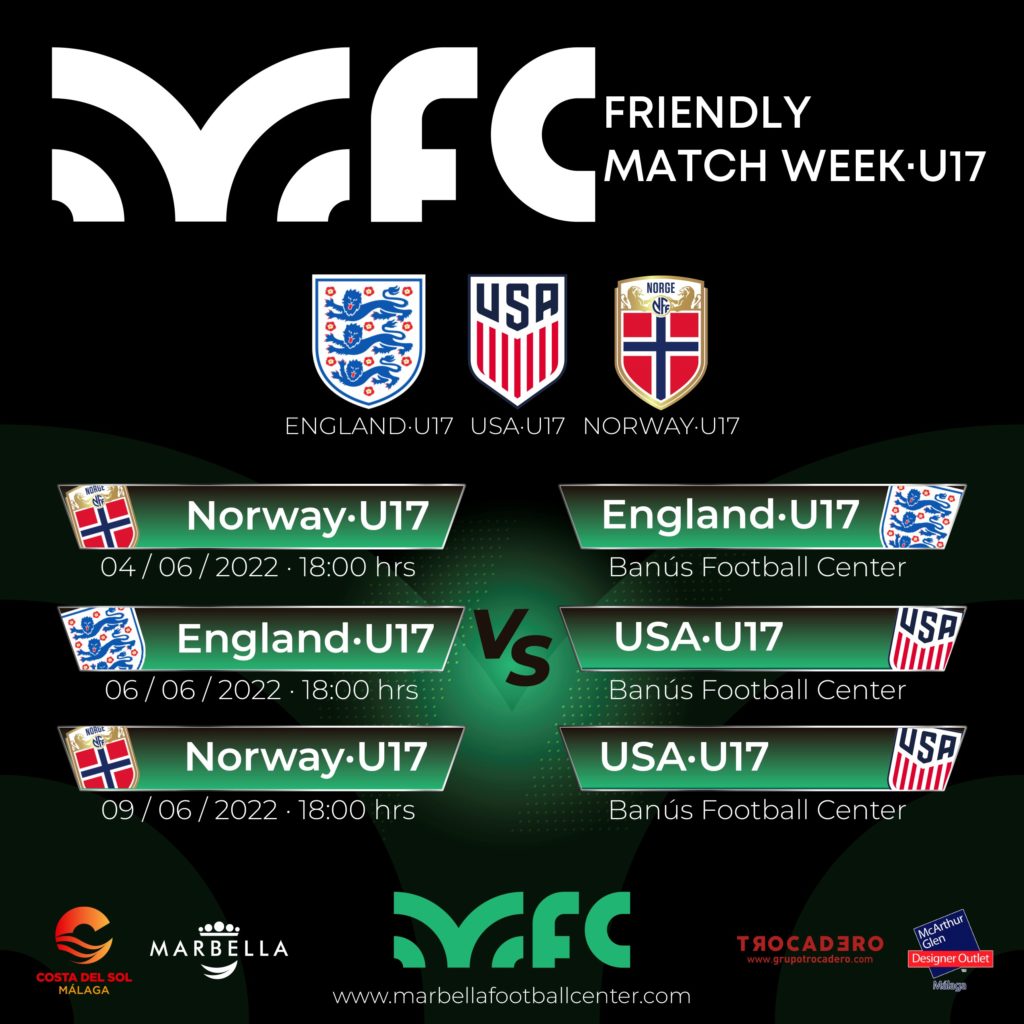 The promising English, Norwegian and American football players will compete at Marbella Football Center and will participate in this U17 event organised by MFC.

The teams will be concentrated for 8 and 10 days in which they will play 2 preparation matches.

The three U17 teams will be based at Banús Football Center, which will also be the venue for the different matches of the event.

The matches will be open to football fans and professionals.

Once again, major federations choose MFC for the preparation of their youth teams.

About the FRIENDLY MATCH WEEK by MFC

The Friendly Match Week by MFC is a new segment of attraction for international football. These preparatory events attract numerous teams in a week of high-level matches.

Marbella Football Center positions itself as a leader in the creation of international team tournaments. Every year it organises numerous tournaments in which major federations participate, both men’s and women’s, attracted by the Friendly Match Week.