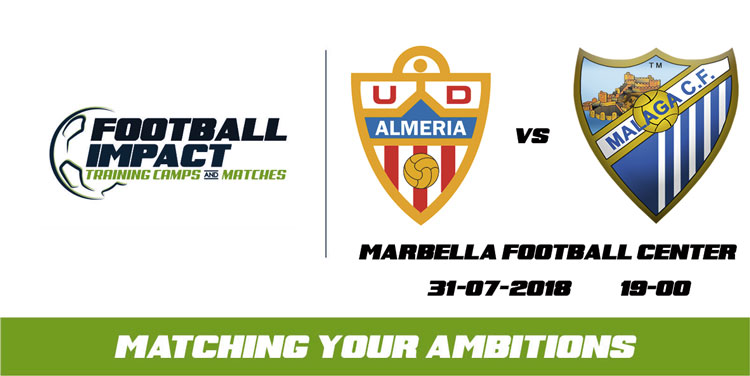 UD Almería and Málaga CF will finish their stages in Marbella on 31st and 1st respectively, but before this both teams will face to each other in Marbella Football Center.

A game with two Andalusian teams that play in the second division that will soon return to official competition. UD Almería will play the first match of Liga 123, the team will visit Ramón de Carranza Stadium to play against Cádiz CF on Friday August 17th. By its part, Málaga will start its new campaign in Liga 123 visiting CD Lugo.

A big audience is expected and for this the entry will be very cheap, only 3€. It will be a colorful and crowded match with many supporters that will enjoy with their respective teams in a party mood.