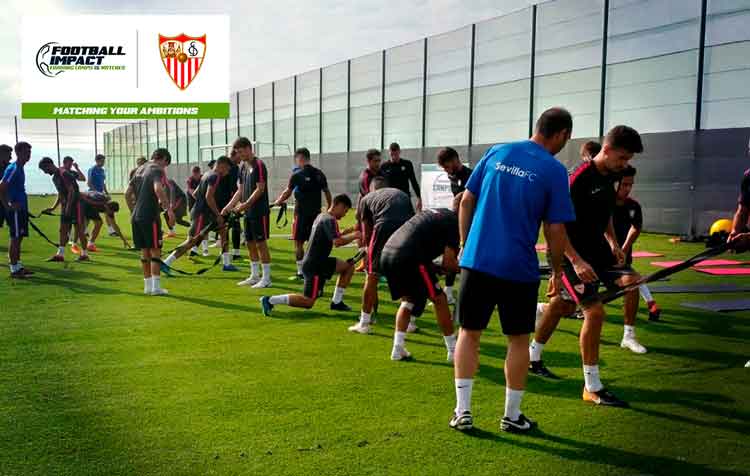 Sevilla FC already trains in Benidorm, at Meliá Villaitana Football Center complex, where it arrived last July 9th, and where it will stay until next 19th. The team from Andalusian capital put his bets on Football Impact’s good work one more year, to perform the 2018/19 season.

Pablo Machín’s men are in the first stage of a very busy preseason, in which they will play many and very important games.

The team from Nervión will play on late July and early August the Spanish Supercup final match and the Europe League’s preliminary playoff. These are two very important dates that can mark the beginning of this season.

In addition to the oficial matches, the team chaired by José Castro will dispute two friendly matches, against AFC Bournemouth and Real Murcia, both organized by Football Imapct. 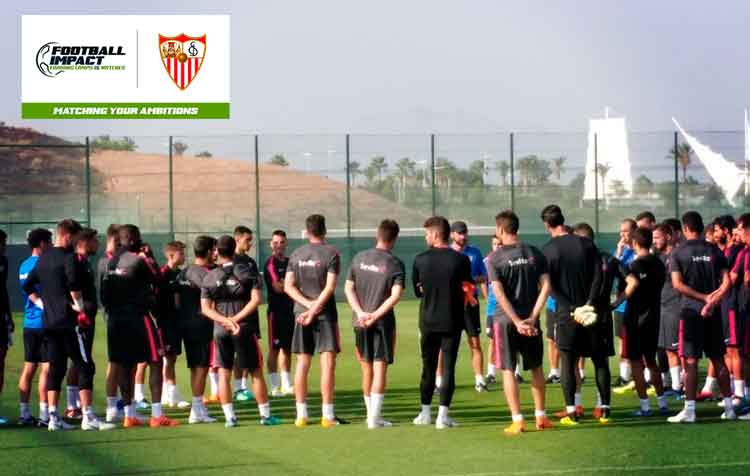 For these reasons the team from Sevilla has chosen again Football Impact, by its profesional work and the high level services that the company from Costa del Sol offers.