Rayo gets the first victory of this season 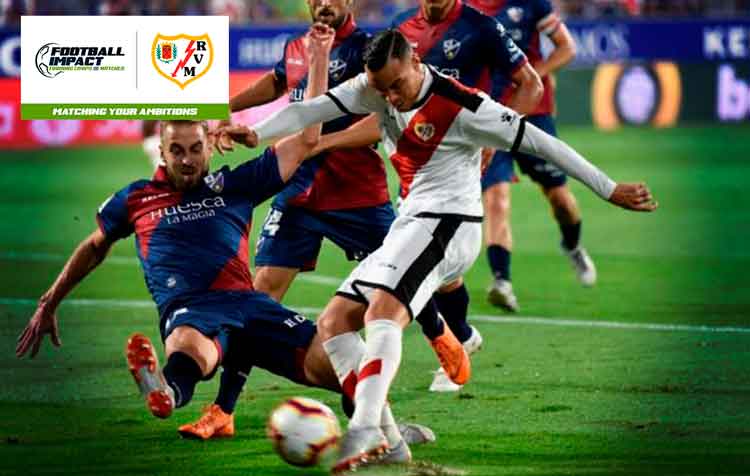 Rayo Vallecano got yesterday the three points at SD Huesca’s home. This is the first victory of the team from Madrid this season, after two defeats and one delayed match against Athletic.

The white and red team won thanks to a spectacular goal by Giannelli Imbula in the first half. The Belgian player plays in the team on loan by Stoke City.

SD Huesca could not win its first match at home, but the team from Aragon performed a great game. The team coached by Leo Franco tried to tie constantly and both teams offered a good show.

Miguel Ángel Sánchez Muñoz’s men leave this way the last position of the table and now have three points with one game less because of Vallecas Stadium’s security problems.