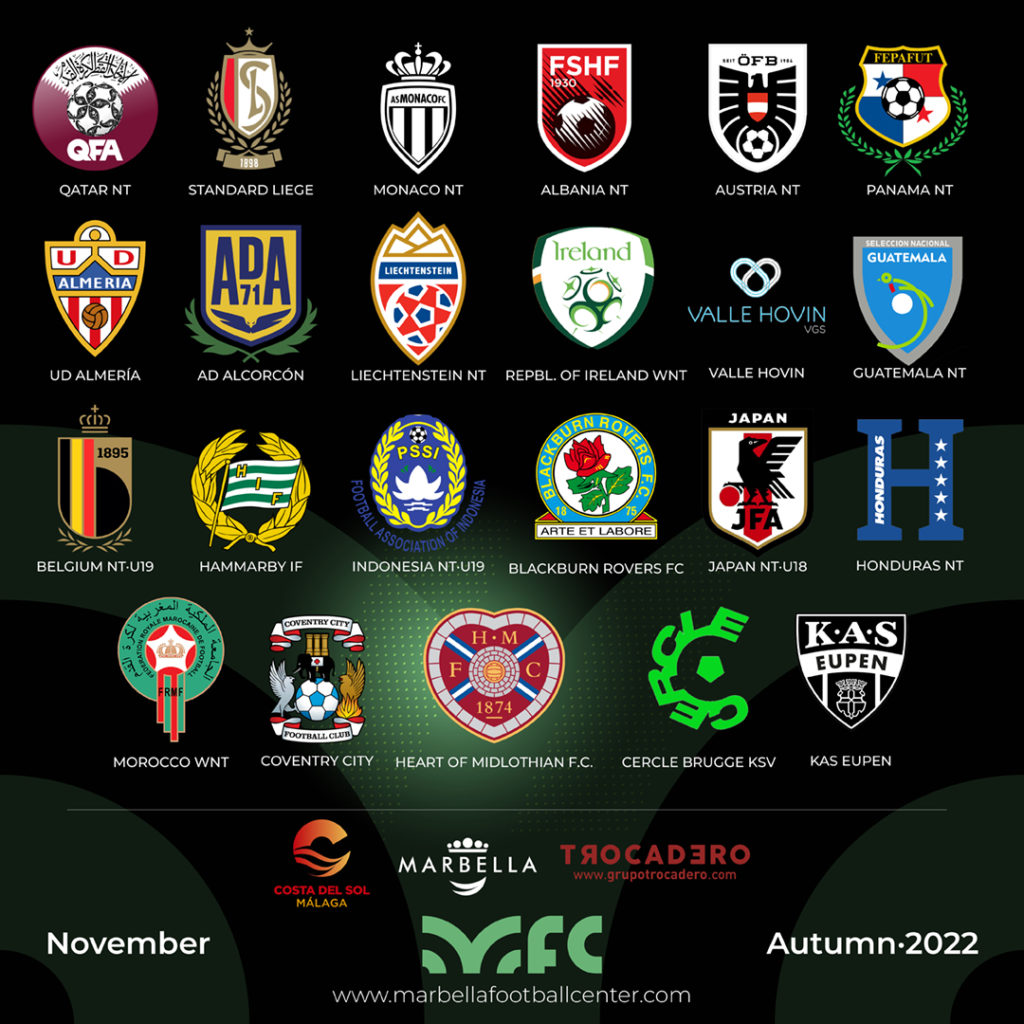 A high volume of teams will arrive at the MFC facilities during the month of November.

Some of them are already on the Costa del Sol, although with the World Cup in Qatar a multitude of new arrivals are expected in the coming days.

Several top level clubs such as Monaco. Also other regulars such as UD Almeria, Standard Liege and several Scandinavian teams.

This particular year with the World Cup in winter brings forward a high season of arrivals with up to five intense months of teams; November, December, January, February and March.