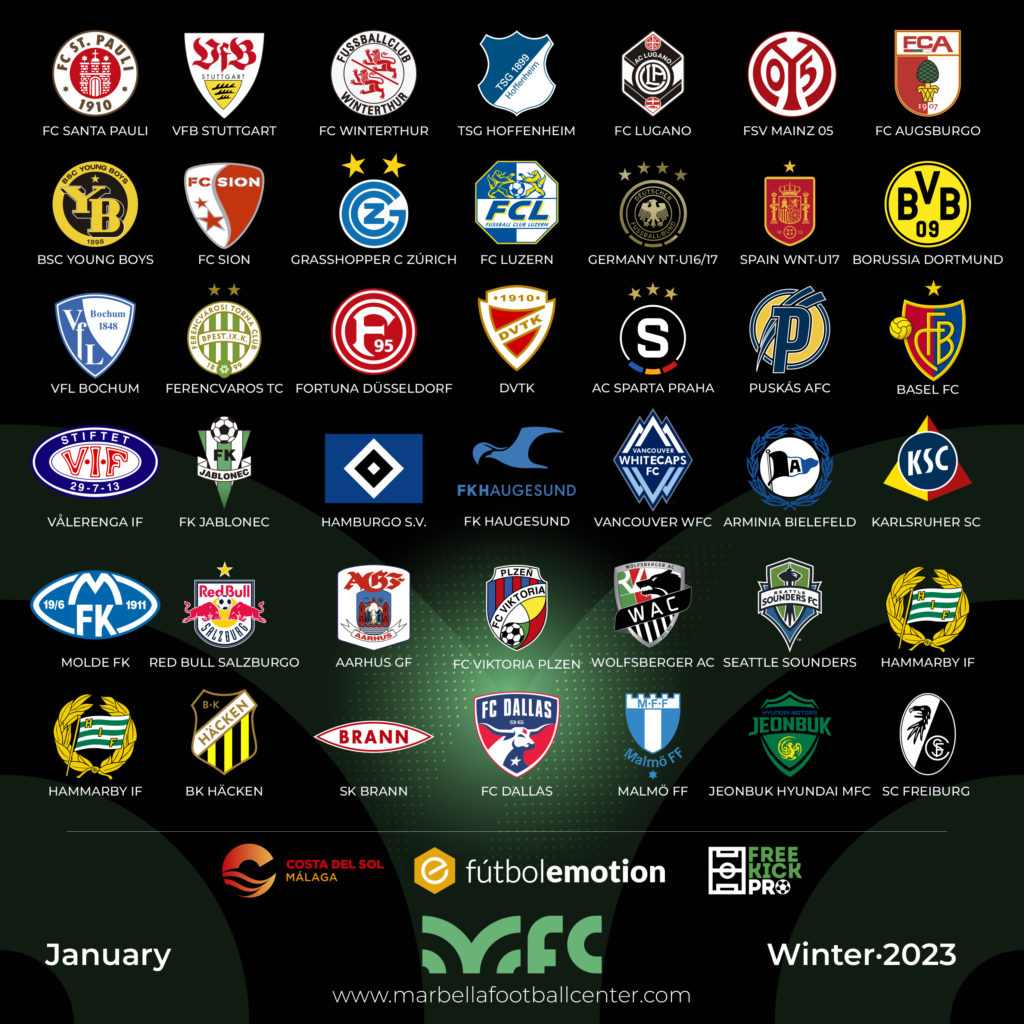 The winter training camps will begin on the 2nd of January with the reception of the first teams.

During the first month of the year 2023, more than 40 teams are expected to arrive for their training camps at the facilities managed by Marbella Football Center.

The Costa del Sol will be the preferred destination for these training camps, although the centres managed by MFC in Alicante and Cadiz will also receive another important number of clubs.

The particular high season of MFC teams will run until the end of March. In these first months of the year, many European competitions take a winter break, which means that these teams arrive to prepare.

The arrival of these clubs will imply the celebration of numerous preparation matches. In these first 3 months of the year 2023 alone, more than 100 matches of professional teams will be organised.

The professional teams come to our destination in search of good training conditions, high level preparation matches, good weather and good hotels. We at MFC are looking forward to the arrival of these important clubs.