MFC organises the match between Manchester United and Rayo Vallecano at Old Trafford. 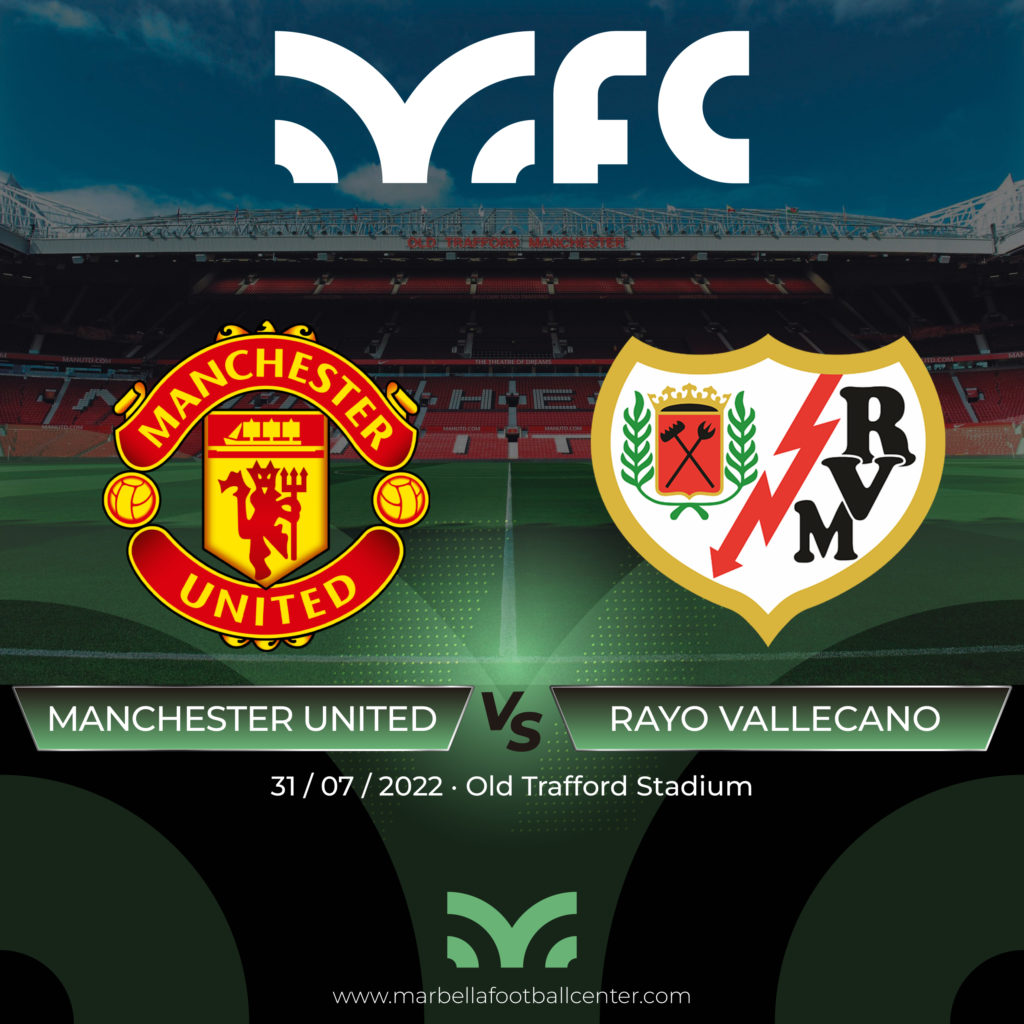 Rayo Vallecano and Manchester United will meet this pre-season in a match organised by MFC on 31 July at 16:00 (local time).

It will undoubtedly be one of the most attractive matches of the summer in a pre-season that is taking shape for all the teams.

It is worth remembering that the organisation of matches is one of MFC’s outstanding services. As an authorised agent and together with the relations between clubs and federations, we organise matches between high-level rivals, such as this outstanding encounter.

Both teams are very familiar with the MFC facilities, with Manchester United having already hosted at La Quinta Football Center in 2020. Rayo Vallecano did their pre-season training last summer at Banús Football Center.