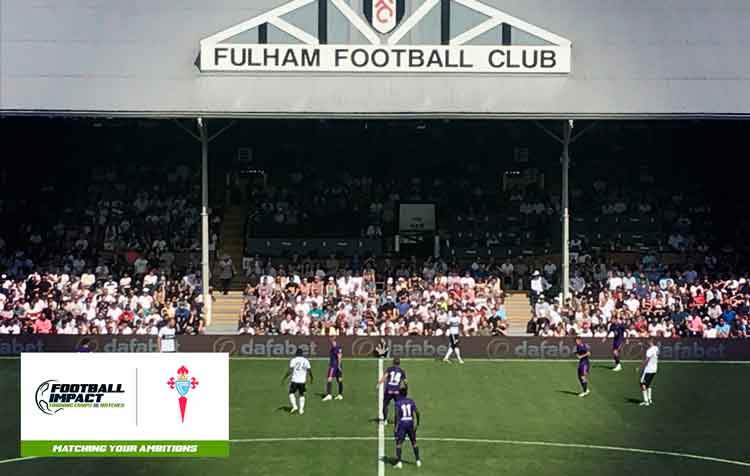 The match organized today by Football Impact today at Craven Cottage Stadium (London), finished with the result of 2-2 between the English team Fulham FC and RC Celta de Vigo.

The Galician team has just finished its stage by English lands with Football Impact. They have also played against Southampton FC previously.

Antonio Mohamed made many substitutions during the game, trying to find his starting squad before the beginning of “La Liga”. The team from Vigo will receive RCD Espanyol in two weeks and the Argentinian manager is still testing to find his most trusted players. 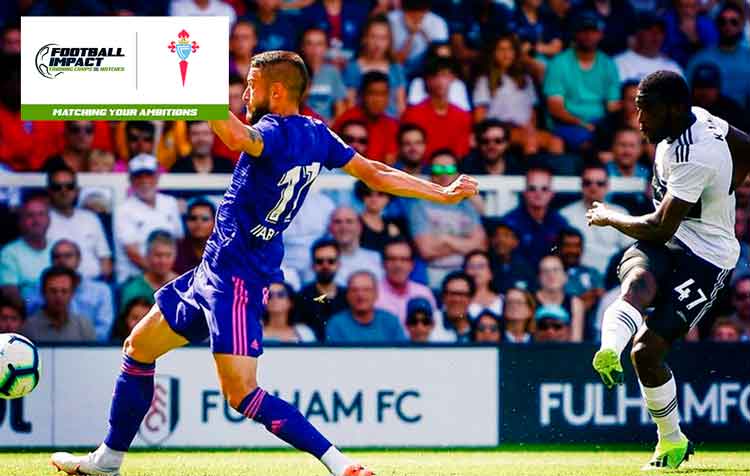 A very intense first half gave us four goals. Twice the English team led the game and twice the Spanish team tied. In the first play of the game, Mitrovic put Fulham in front, but almost inmediately Celta tied by Eckert. Kamara gave advantage to the team from London again in 16th, but close to the break, Cabral set the final 2-2.