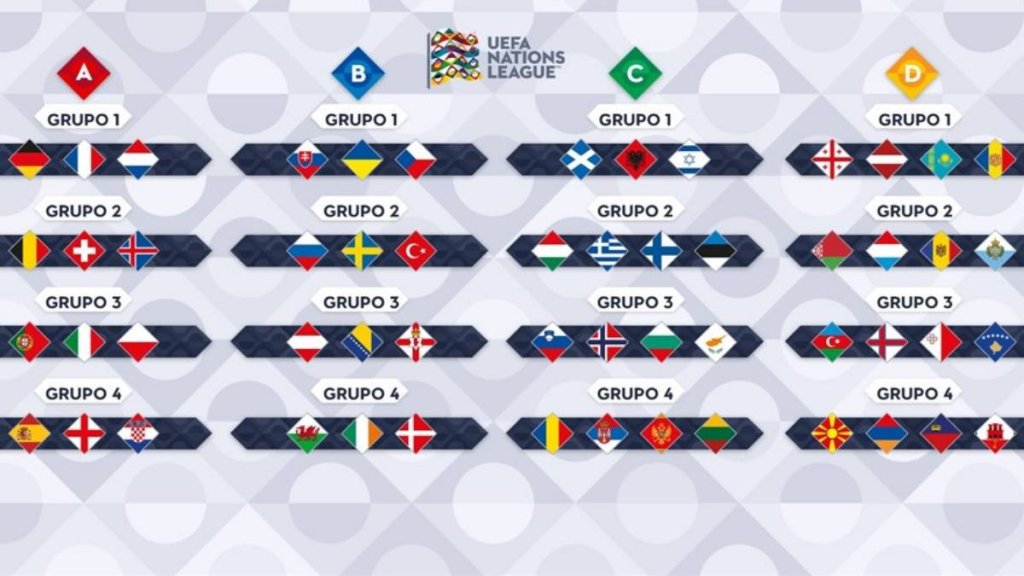 Today will start the national teams new competition, UEFA Nations League. In it 55 national teams will struggle in four different leagues according to the level.

With the target to play less friendly matches and to increase the interest of the supporters, UEFA has created this competition. The football federations of France and Germany that join  League A (group 1), will open this competition today. We also will have in this first day Italy – Poland or England – Spain.

In the second day we will be able to watch Portugal – Italy and the Spanish national team against the World Cup runner-up, the Croatin national team. The Belgian national team will debut against Iceland.

All the teams will try to give their best and to avoid the rellegation, because the groups have three teams and the last one could be rellegated to a lower league.