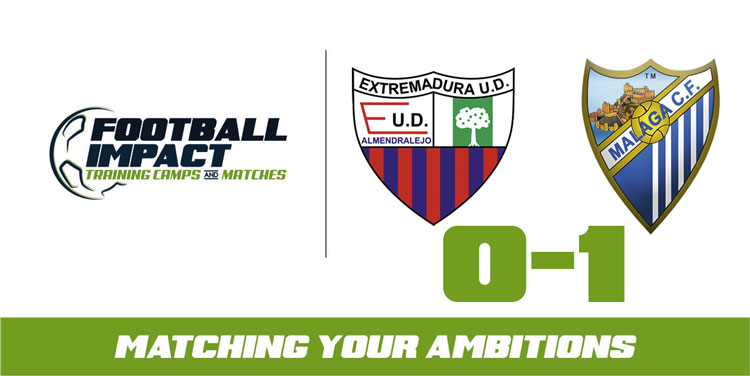 Málaga won the match with a goal by Harper in the second half. It is very soon to draw conclusions and the target of the team coached by Juan Sabas is to get the right physical shape before the beginning of the league championship.

Both teams will play again this year in Liga 123. Málaga comes from the first division, meanwhile the red and blue team has just promoted.

Extremadura UD arrived to Costa del Sol last 19th, where it is performing its stage until next 29th, training at Dama de Noche (Marbella) facilities.