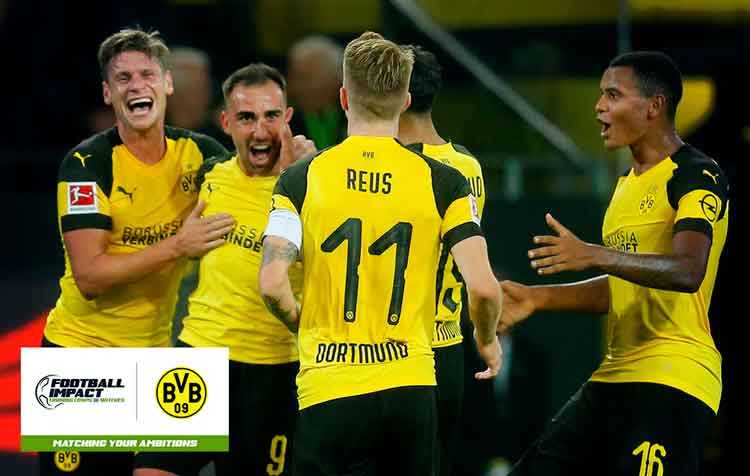 Borussia Dortmund, that did not perform an excellent season beginning (it tied two matches in the first four games) ranks now first in Bundesliga after the sixth matchday has already been played.

The team coached by the Swiss Lucien Favre has won the last two matches against FC Nuremberg (7-0) and Bayer Leverkusen (2-4). This, in addition to FC Bayern Munich’s defeat at Hertha Berlin’s stadium (2-0) has given the leadership to the team from Dortmund, that has a one point advantage over the Munich-based team.

With four goals and two assists, Marco Reus is being the most important player of the team (he has also played all the games). The Spanish Paco Alcácer, with three goals in only two matches is being very important for the team’s good streak.