Borussia, in state of grace, beats Bayern and gets a 7 points advantage over it 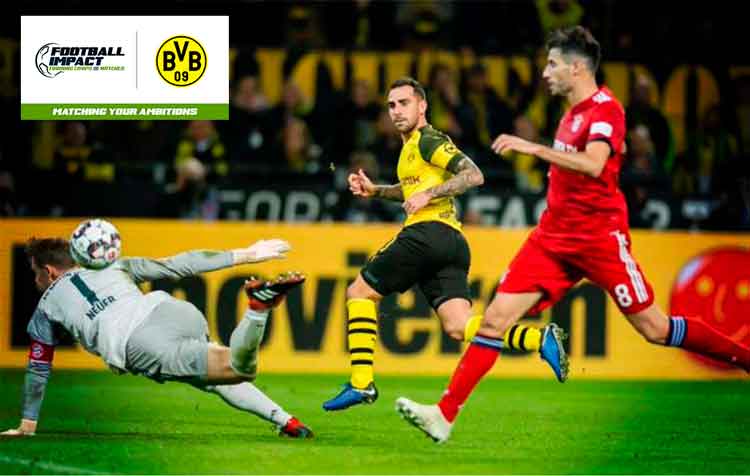 Lucien Favre’s Borussia keeps on its awesome streak, as it showed yesterday when it won to Bayern Munich by 3-2. An exultant Reus and a man suscribed to the goal like Alcácer gave the victory to the yellow and black team.

Lewandowsk opened the mach with a goal in 26th, but Reus tied in 49th by penalty. The Polish striker put the Bavarian team in front again, but again Reus tied. In 73rd Paco “Alkaiser” gave the victory to Borussia and ranks with Plea (Mönchengladbach) and Reus as Bundesliga’s top scorer with 8 goals.

The team ranks leader (unbeaten) in Bundesliga with a four points advantage over Borussia Mönchengladbach and 7 over Bayern Munich. In addition the team ranks first in Champions League with only two matchdays to finish the groups stage.