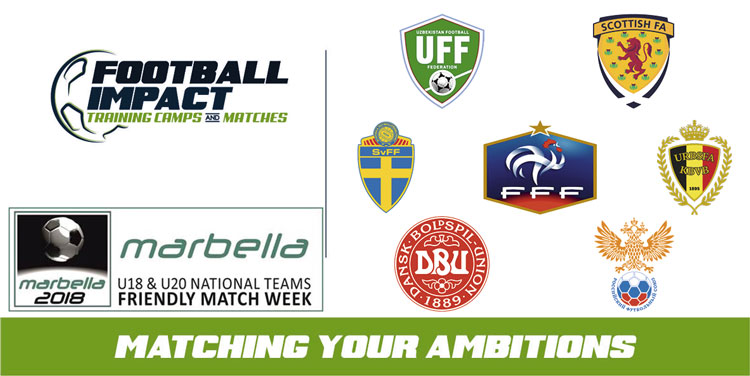 A total of seven football federations among the most important in the world will meet in Marbella on mid October. These will be the U-18 or U-20 teams of countries like Belgium, France, Denmark, Sweden, Russia, Scotland or Uzbekistan.

The match will be performed between 10th and 15th October, although the schedules and the venues still have to be confirmed. In the next days we will offer more information about these matches where we will be able to watch the new world football stars.

What we know now is that there will be a total of seven matches. The first of these games will be played on 10th and will face to U-20 national teams of Denmark and Russia. After this match there will be others: