4 consecutive victories give Wisla Krakow SSA the leadership of Ekstraklasa 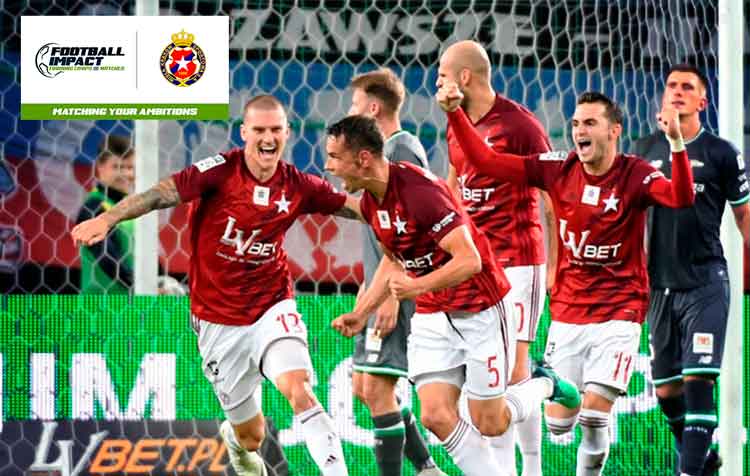 12 points in the last four days have put Wisla Krakow SSA on the top of the Polish First Division. The team from Krakow is first with the same points that Legida Gdansk (17).

After getting only five points in the first four matches, the team coached by Maciej Stolarczyk is in an excellent streak of four consecutive victories that has taken the team to lead the national championship.

The good performance of the team is empowered by the good moment of its striker, the Czech Zdenek Ondrasek with seven goals. The player, who is playing its fourth season in the Polish team has scored six goals in the las five days, having already scored more goals than in any other season of the previous three with the team.

Ekstraklasa is always one of the most equal championships in Europe, as we can see by the fact that Legia Varsaw (sixth) has an only three points disadvantage over the leader. Wisla Krakow and also Legia are usual Football Impact clients and we wish them the best luck.